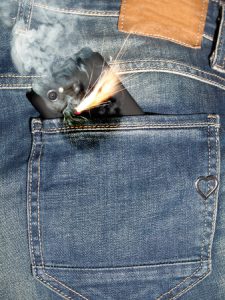 Exploding is not a term that any electronics manufacturer wants associated with its consumer products, yet that is exactly the situation that Samsung found itself in following the release of its much-anticipated Note 7 smartphone.

Just a few short weeks after the Note 7 was released, Samsung was forced to issue a recall for 2.5 million devices because of problems with the battery suddenly bursting into flames.

In the weeks that followed, The U.S. Consumer Product Safety Commission issued its own recall and Samsung made the decision to stop production of the Note 7 altogether.

What problem was responsible for Note 7 batteries suddenly going up in flames? Could additional product safety testing have averted the Note 7 debacle before it became an incredibly embarrassing and expensive product safety nightmare?

Following a months-long investigation, both internally by Samsung as well as independently by three different testing labs, Samsung announced that problems had been discovered with the batteries produced by two different battery manufacturers.

Beta testing is an important step in the design of many products, from phones and automobiles to websites and computer software. After all, today’s products and devices are often incredibly complicated and may involve multiple vendors. No matter how carefully engineered a product may be, there is always a chance of embarrassing or even dangerous problems that are not immediately obvious. In the case of the Note 7, it was only after millions of the phones were in the hands of consumers that the problem became apparent.

Would more extensive beta testing have saved Samsung from releasing the Note 7 with faulty batteries? It may depend on the extent of testing that was performed, but it is certainly possible.

The fact that Samsung has since made improvements to its quality control program and implemented design changes in new phones to avoid a similar problem in the future suggests that more rigorous beta testing may have uncovered this hidden defect while there was still time to fix it.

In any case, the Note 7 situation highlights the importance of thorough beta testing.

Beta Breakers has been providing testing and quality assessment services for more than 25 years. Contact us today at 415-878-2990 to learn how we can help your company be certain that your next software product is ready for distribution.