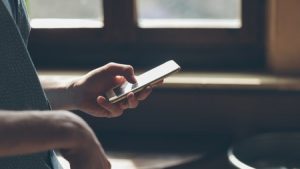 For the past several years, companies like PayPal, Venmo and even Facebook have been vying for superiority in the emerging market for peer-to-peer transaction services. These companies each offer applications that make it easy for people to digitally transfer money between one another at the tap of a button.

Now, Apple is preparing to throw its hat in the ring as well.

Apple Pay Cash works in conjunction with the Messages app, allowing users to send and receive money as easily as a text message. To start using the service, users must simply verify their identity with their name, address and social security number. Sending cash with a debit card is free, while sending cash with a credit card will incur a 3% service fee.

Apple’s peer-to-peer transaction service was first announced in June of this year, but few updates on its development have emerged since then. According to many industry analysts, however, the expanded internal beta test means Apple Pay Cash could be in the hands of the general public in just a few weeks. Apple also released a video tutorial for the service in late September. Soon, iOS users will have a convenient new way to make and receive payments through Apple’s own peer-to-peer infrastructure.