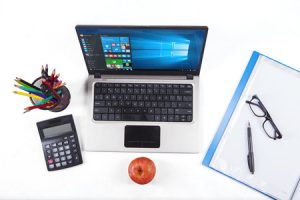 Windows 10 might be the preferred operating system of many PC owners today, but for users who want a simple, streamlined OS for a machine running low-end hardware, it’s not always the ideal choice. In recent years, Google has sought to occupy this niche with its lightweight Chrome OS. Although it’s not as powerful as Windows 10, the simplicity and affordability of Google’s operating system has made it particularly popular with educators.

Now, Microsoft is developing its own alternative to Chrome OS in the form of a stripped-down version of Windows 10. It’s called Windows 10 S, and it’s now available to all members of the Windows Insiders program. Prior to this public beta release, Windows 10 S was only available for testing on Microsoft Surface devices. In this latest beta, it can be tested on any machine running Windows 10 Pro or Enterprise.

So what differentiates Windows 10 S from other versions of Microsoft’s flagship OS?

The most notable difference is that in Windows 10 S, applications can only be downloaded from the Windows Store. This locked-down ecosystem effectively mimics the simplified structure of Chrome OS. It’s obviously not cut out for power users, but it could be well-suited for students and educators who need a safe, secure environment to perform basic computing tasks and browse the web.

According to Microsoft’s announcement blog, Windows 10 S “is ideal for people who have everything they need in the Windows Store and prefer the peace of mind of secure and verified Windows Store applications.”

Windows 10 users who are interested in participating in the Windows 10 S public beta can enroll in the Windows Insider Program via the update and security settings of their operating system.