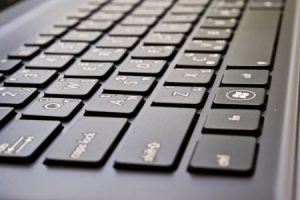 Once again, we’ve added additional testing hardware to our QA labs, including a couple of new Windows PCs and our first iPhone 8. The iPhone is a no-brainer—we do a ton of mobile device testing, and most developers are keen on testing the latest Apple devices, given their high profile. We’ll doubtless add a couple more iPhone 8 models over the coming months as well.

Speaking of Apple, we’ve also started deploying macOS 10.13 (“High Sierra”) images on our lab Macs (the new Apple file system has been a bit challenging to support, at times). Nothing new on the hardware front here, but we’re fully prepared to support testing in this OS environment.

As far as the new PCs are concerned, we’ve picked up a pretty standard Dell gaming laptop—Intel Core i5-7300HQ CPU, 8GB RAM, and an Nvidia GTX 1050 GPU. Like most performance laptops, it also supports a lower-power Intel GPU, the HD Graphics 630, and can be forced to switch between them manually, which is very useful for testing purposes. Two GPUs for the price of one!

The other system is our first iBuyPower gaming PC—an AMD FX-6300 CPU, 8GB RAM, and an AMD RX-550 GPU. A thoroughly low-end system for its intended use, but it rounds out a couple parts of our hardware library quite well. We also find ourselves doing quite a bit of testing on “less-than-ideal” configurations when investigating supportable minimum requirements, so this system will probably see a lot of use in our labs. One thing we can say with certainty about this system is that it is quite loud—the cooling seems to run at full speed even when the system isn’t under any meaningful load, so fair warning to anyone thinking of picking up one of these systems for their own use or testing.

That’s it for now. We’re constantly adding new test hardware to keep our QA labs up-to-date and current; check back periodically if you are interested in what we are acquiring, or contact us if you have any questions or would be interested in engaging our services.