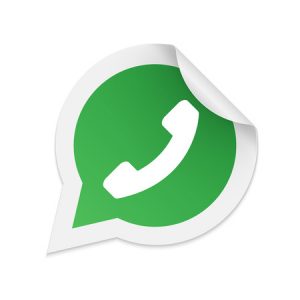 If you’re not a fan of the default messaging app on your smartphone, there’s a good chance you’re using WhatsApp instead. With more than 1.5 billion users, WhatsApp is currently the most popular messaging application in the world. The company’s success is due in large part to its ability to innovate and add new features in response to user demands and trends. In 2016, for example, WhatsApp implemented end-to-end encryption across all forms of communication in the app in response to growing privacy concerns among smartphone users.

Now, the company is rolling out even more new features to its users. A few are purely cosmetic – such as stickers for photos and videos—but others will significantly improve WhatsApp’s functionality. Check out a few of our favorites below.

This feature, which is currently being tested in WhatsApp’s Android beta version, allows users to transfer their account information to a new phone number in a few simple steps. This includes all contacts, groups and app settings. Migrating account data to new numbers has been notoriously frustrating in the past, but this feature makes the process much easier.

WhatsApp is also adding a great new multitasking feature to its iOS app. Now, users can listen to voice messages without interruption while switching to other apps, or even after locking their phones. This feature is ideal for quickly checking messages from friends and colleagues on the go.

In addition to offering a variety of messaging options, WhatsApp also includes a money transfer option in the vein of Venmo or PayPal. Now, the company is improving this functionality by allowing users to transfer money with QR codes. Once users have enabled WhatsApp payments, they can simply use their phone’s camera to scan for compatible QR codes and initiate payments.

Getting ready to add new features and functionality to your own smartphone application? The QA team at Beta Breakers can work with you to make sure your next big update is ready for launch. Give us a call or contact us online today to get started.