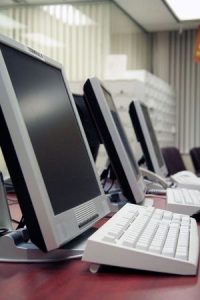 Folks, it’s official: Windows 10 has officially overtaken Windows XP in businesses across the globe. According to a recent survey conducted by Spiceworks, Windows 10 currently runs on 13 percent of business laptops and desktops, while XP has slipped into the lower-rung at 11 percent. But what does this mean for the private sector at large?

Hopefully, greater security and protection. For those of you who might be unfamiliar, Windows XP went on sale way back in 2001, and Microsoft ended support for the aging operating system more than three years ago in April of 2014. In recent years, the threat of ransomware attacks has encouraged many businesses to upgrade from XP and other legacy platforms to newer, more secure operating systems. Plenty of other companies, however, have continued to use XP despite its associated security risks.

According to Peter Tsai, a senior technology analyst at Spiceworks, Windows XP’s significant security shortcomings are finally catching up with it. “While Windows XP is still running in some businesses, it’s evident that more companies are beginning to recognize the security risks and prioritize upgrades in order to better secure their networks,” he said.

In terms of the latest contenders, the survey found that Windows 7 remains the operating system to beat, with 68 percent of business PCs running the OS. Windows 8 maintains a five-percent share, while MacOS has 2 percent. According to Spiceworks, 42 percent of businesses still operate at least one Windows XP machine, but the vast majority also have Windows 7 running on other PCs.

It’s important to also note that many of these figures fail to indicate whether certain operating systems are being widely deployed or simply trialed on a single machine. For additional information on the latest software news, stay tuned for more updates from Beta Breakers.