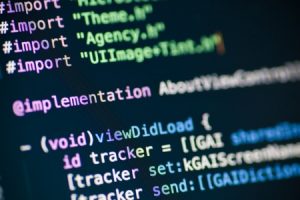 Last year, after Apple identified a number of troubling security bugs in MacOS, the company announced that it would audit its development process to prevent similar issues from happening in the future. Now however, many of Apple’s devices are being affected by a different type of bug that causes several popular applications such as Twitter, Gmail, Instagram and Uber to crash. Once an app crashes, the bug can cause devices to go into a bootloop that requires them to be wiped and restored.

The bug occurs when certain apps send or receive a message containing a specific character from the south Indian Telugu language. Although the Telugu bug may not affect many users in English-speaking countries, it’s been extremely problematic in other parts of the world. According to The Guardian, Telugu is spoken by at least 80 million people across the globe.

Since news of the bug broke, malicious users have even exploited the glitch to “bomb” other people’s devices and render applications useless until they’re reinstalled.  Some of these users have added the Telugu symbol to their twitter handles, for example, so that they can crash the iOS Twitter app by liking another user’s tweets.

The Telugu bug is an important reminder that even seemingly minor software glitches can have far-reaching effects on a company’s user base. When businesses develop applications and operating systems for users in foreign countries, it’s essential that they conduct thorough localization testing to ensure their products work properly in a variety of different language environments.

At Beta Breakers, we can work with you to make sure your next international software launch goes off without a hitch. Give us a call to learn more about localization testing or any of the other quality assurance services we offer today.