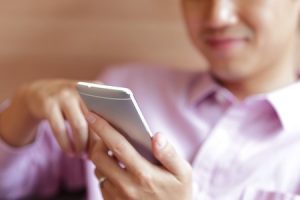 The app market for smartphones, tablets and PCs has become incredibly diverse in recent years, offering users more control than ever over what software they choose to run on their devices. So how do most users decide which applications to download when they visit the app store? According to a recent survey conducted by QualiTest Group, customer reviews are often the deciding factor.

When users see other customers reporting bugs and glitches, it can quickly drive them to other apps with more positive reviews. The survey found that just 10 percent of users are “very likely” to download an app after reading reviews from customers that identify software bugs. Furthermore, only 35 percent of app users think developers are doing enough to ensure a quality user experience by offering regular updates and bug fixes.

So what does this mean from the perspective of an app developer?

“In the highly competitive app market, customer reviews are king,” says Ami Sterling, CMO of QualiTest. “In order to ensure downloads and maximize revenue, app developers must take into account the reputation of their apps online. There is no reason for app developers to lose on 50 percent of potential downloads due to negative reviews associated with bugs or glitches.”

A little QA testing can go a long way in such a competitive market.

In many cases, it’s worth it for companies to delay the release of an app if it gives them more time to eliminate disruptive bugs that are sure to garner negative customer reviews. Effective bug fixing can not only make an app more appealing to users, but also benefit the reputation of the company that developed it. This, in turn, can make users more likely to download other apps from the same company in the future. If long-term success is what you’re after, thorough bug fixing should be a top priority in your organization’s app development process.