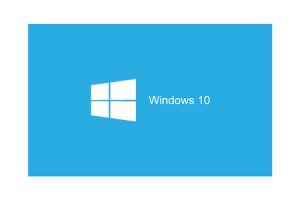 The “May Update” for Windows 10 was released this week and is now live, bringing the OS version up to 1903.  Like other big Windows 10 releases, it is following a staggered rollout, so not everyone will be updating to it right away. Checking for updates manually may jump-start the process for some users, but many (ourselves included) will need to wait a little while before seeing the update come OTA.

We’ve begun deploying the update manually on our lab systems for testing, starting with the newest ones to ensure the smoothest rollout. Eventually, most of our Windows 10-capable systems will have an image of it available as well. For the moment, most of our systems will still be running 1809, and we also maintain a full range of the major Windows 10 versions (all the way back to 1507, the original Gold release) so we can easily support testing on less-current versions of the operating system as well.

One interesting thing that we’ve noticed is that there does not seem to be a major Edge browser update bundled into Windows 10 1903.

The installed browser, despite the new icon, is still version 44 (Edge HTML version 18), which is the same major version that is installed on 1809 as well. With the Chrome-based version of Edge available in development channels, this might indicate that there won’t be much further development of the existing browser engine, since it is slated to be replaced.

As always, check back here periodically if you are interested in the state of our labs, or contact us if you think we can be of service for your projects.