Agile testing is a part of the DevOps strategy. It follows the same principles as agile software development where requirements are created gradually through customers, developers, and testing teams. Agile testing is also continuous, meaning that testing begins at the start of a project and continues on through quality assurance testing and development.

Yet, like many other testing strategies, agile testing has several different methodologies. Below is an explanation of the five main types of agile testing: 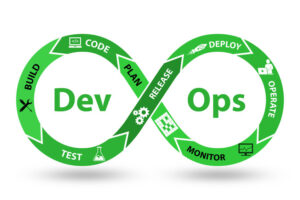 Behavior Driven Development (BDD) is all about communication. Its goal is to improve communication between project stakeholders to ensure that everyone understands each new feature before development. BDD also uses “scenarios,” created by testers, developers, and business analysts, that shows how a certain feature will behave under certain circumstances or specifications.

Next is exploratory testing. This is an informal type of manual test where the tester goes through the application with no specific structure or checklist involved. While the process seems random and “on the fly,” testers also need to be aware of how and where problems might occur. By working through a product naturally, instead of with a checklist, you could find issues that traditional testing methods missed.

As the name suggests, test-driven development (TDD) is all about tests. You typically use TDD with unit and component tests, both of which can be automated. When using TDD, you begin by first figuring out what it is you want to test, writing that test, and then creating a user story (an explanation of a feature from the point of view of the end user) to go with it. So, for example, you’ll decide to deploy a unit test, write the unit test, and then craft a user story afterwards.

Here at Beta Breakers, we deploy DevOps strategies such as agile testing for many of our clients. To learn more, contact us today.