In our last blog post, we discussed ad hoc testing—a software testing methodology in which the tester manually finds bugs and issues in an application. A similar approach is done through exploratory testing. So similar are these two testing methodologies that many individuals often mistake them for the same thing. In reality, however, they carry out different functions.

What is Exploratory Testing? 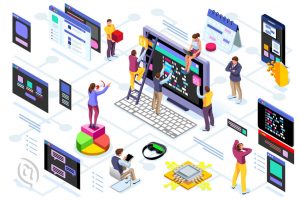 Exploratory testing, like ad hoc testing, is a type of manual software test where testing occurs informally and naturally. With exploratory testing, testing takes place as the tester goes through more and more of the application. On the surface, it seems like you are testing “on the fly,” but in reality, QA testers need to be aware of where problems that might occur and how to look out for them.

Here at Beta Breakers, our team of quality assurance testers is well-versed in both exploratory and ad hoc testing. Contact us today to learn more.