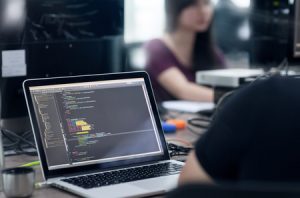 Amazon is in the process of trying to encourage more software developers out there to create and test out as many new Alexa skills as possible.

Alexa is the voice service that powers Amazon’s Echo devices, and Alexa’s skills are what allow people to issue commands to their devices by using their voices.

Therefore, it would benefit Amazon to make it easier for developers to beta test new skills, since they are reliant on those developers to push Alexa forward and make the service even more useful than it already is.

In an effort to assist software developers, Amazon recently created a new Skills Beta Testing feature, according to InfoQ.

As long as developers are running their skill on either AWS Lambda or a server with an SSL certificate that features trusted certification authority, they will be able to test skills through the new feature.

Prior to the introduction of the Skills Beta Testing feature, it was much harder for developers to test the skills they created. They had to add all beta testers to their primary account, which at times gave testers too much access to the skills and the metadata connected to them. Amazon recognized this as being problematic and took the proper steps to make the entire process more seamless for everyone involved. This should help developers create and test more skills, and ultimately benefit Alexa users everywhere.

Beta testing is something that should always be done to ensure that software functions properly and does what it’s supposed to do without any issues. Beta Breakers understands this and helps companies test their software and identify potential problems before products go to market.

If you have software you need tested or you just want to learn more about what we do, call us at 415-878-2990 today to speak with a representative.