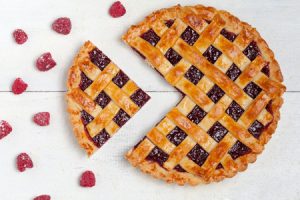 Google began rolling out the latest version of its mobile OS on Pixel phones this week, and users are finally getting a taste of Android Pie’s potential. Android Pie offers a number of significant improvements over the last iteration of Android, including new privacy features and adaptive performance optimizations that are powered by Google’s DeepMind machine learning algorithms. Get a complete rundown of Android Pie’s most exciting new features below!

Use Apps in Slices

This pie-themed feature gives users access to application functions right from their search bar. Now when you search for a ridesharing app like Lyft, for example, you can see pricing and driver ETAs without having to open the app. This gives users a convenient way to view “slices” of useful app data at a glance.

In an attempt to alleviate concerns about apps that might spy on users while running in the background, Android Pie restricts access to microphones, cameras and other sensors when apps are idle. Even if an app requires you to provide access to your microphone in its permissions settings, it won’t be able to access it once the app is pushed to the background.

Monitor and Manage Your Device Usage

Android Pie comes equipped with new “digital well-being” software that’s designed to help users minimize the amount of time they waste scrolling through news feeds. Now, you can see how many times you unlock your phone each day and how much time you spend using different apps. You can also set limits that turn your screen to gray-scale before you go to bed or after you’ve exceeded a certain amount of time using your favorite apps.

Navigate With One Button

The traditional three-button navigation layout is gone in Android Pie, unless you choose to revert back to it in your settings. In this version of Android, users can navigate between apps by using swipe gestures on a single pill-shaped digital button at the bottom of their screen. This streamlined navigation scheme closely mimics the gesture-based navigation that was introduced in the iPhone X last year.

Make the Most of Your Device With AI

Perhaps the most intriguing new feature of Android Pie is the introduction of Google’s DeepMind technology. This is the first time Google has used its machine learning algorithms in a device, rather than in the cloud. In Android Pie, Google uses DeepMind to power an “Adaptive Battery” feature that optimizes battery life by prioritizing the apps we use most. According to Google, Adaptive Battery offers a user experience that gets better over time and keeps devices running longer and smoother.

Here at Beta Breakers, we’re looking forward to getting some new devices running Android Pie in our QA lab. To learn more about any of the Android mobile app testing services we offer, give us a call or contact us online today.