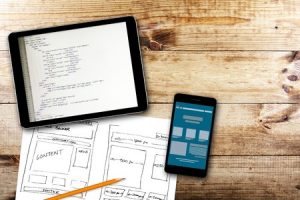 Since responsive web design made it possible for developers to create websites that can function effectively on any device, browser-based web applications have become increasingly popular alternatives to native apps on iOS and Android. In order to stay in step with the latest updates on popular browsers like Chrome and Firefox, these web apps typically require rigorous testing from their development teams.

That’s why we use Selenium, an open-source tool that allows developers and QA teams to automate web application tests on any of today’s leading browsers.

Whereas manual application testing can be prohibitively time consuming, Selenium automates the testing process to make it fast, repeatable and reliable. Automated test scripts can be written in a number of different programming languages, including Java, Python, Ruby, PHP, C# and .Net. The tests can also be run on virtually any current mobile or desktop operating system. Selenium can even be integrated with other testing tools like Junit and TestNG.

The latest version of Selenium is actually the culmination of a joint effort between Selenium and the makers of another testing tool called WebDriver. By merging the two tools into one powerful automated testing suite, their developers sought to overcome the shortcomings of both. WebDriver brought a highly-functional and attractive API to the table, for example, while Selenium offered support for a wider range of browsers. By pooling their resources, these two teams have made Selenium a much more versatile and effective tool than it was just a few years ago.

Thanks to its status as open-source software, there is also no licensing fee associated with Selenium. This makes it a particularly attractive option for small developers that lack the resources to pay for proprietary testing tools. The Selenium community is very active and always working to improve its already impressive functionality.

Interested in learning more about how automated testing from Beta Breakers can make it easier to rapidly and reliably test your web application? Give us a call or contact us online today to speak with a representative!