In today’s world, there’s an app for everything. Cooking, driving, pet sitting, you name it, there’s an app for it. Mobile apps certainly make our lives easier, but only if they properly function. To make sure of this, many app developers test their mobile applications in two ways: automated and manual mobile app testing. 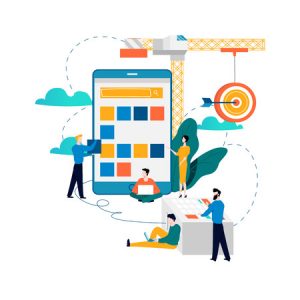 Automated testing is at it sounds—it tests your mobile application automatically with very little (if any) human interference. It requires a pre-scripted test that’s set to run before an app is released into production. Automated testing is great for when you’re trying to find problems as quickly as you can on a large scale. While you wouldn’t want to perform it on more simple features, automated testing can perform wonders when testing more complicated features that are (reasonably enough) more error prone. It’ll save you time and money by allowing your engineers to work on testing that’s less complicated and tedious.

Manual testing, on the other hand, is done by a real human being through a device or with an emulator/simulator. It tests the functionality of your app by having a real person use the app just as a normal user would. By replicating real user experiences, you’ll be able to spot any problems such as app crashes, battery drainage, or other usability issues. Mobile app testing may not be 100% accurate (since humans are doing the testing, there’s bound to be human error), and it can be time-consuming, but it is a necessary part of mobile app testing to ensure that your app is actually functional.

At Beta Breakers Quality Assurance Labs, we can perform both automated and manual app testing for your mobile application to ensure that it runs just as it should. Contact us today for more information.