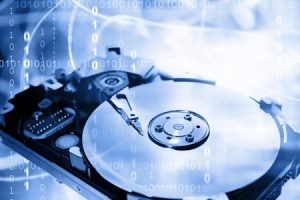 This is a bit of an odd topic, but it is something that has come up in our labs from time to time. We are sometimes called upon to test applications that support BitLocker encryption in Windows, and this inevitably comes with very long periods of watching an encryption (or decryption) progress bar as BitLocker encrypts every sector on the hard drive; this is especially noticeable on systems with large drives. While we can sometimes afford to run these processes late in the day (leaving the test systems to encrypt or decrypt overnight), this isn’t always feasible, and can even lead to more time being needed if we come in and find that a system has crashed midway through the process.

What we’ve recently taken to doing, with some success, is adding small SSDs to our BitLocker-capable systems.

We’ve been using 80GB drives, which provide room for even a fairly bloated OS, such as Windows 7 Ultimate. This nets us the twin benefits of a smaller drive to encrypt, and improved access times in return for relatively minor IT involvement in getting the configurations up and running with the temporary SSDs. We still test conventional hard drives as well, but we can afford to let those run on secondary systems while we do the bulk of the functional encryption testing on the smaller, faster drives, leaving the large slow drives as more of a compatibility test.

This approach is less applicable to testing FileVault since Macs are increasingly less hardware-swappable, but can be attempted with some risk on systems such as Mac Minis. We’ve found it preferable to just use Mac laptops with relatively small SSDs for FileVault, and simply involve more systems in testing; this isn’t the best solution, but it has proven to be workable.

Hopefully this insight will be helpful to anyone who has a need to test BitLocker encryption on their own. Our labs are well-equipped for this type of testing; please contact us if you would like to know more or want to discuss our QA services in greater detail.