Automated testing solutions are a quick and efficient way to test your website or mobile application. However, there is more than one type of automated testing. While traditional automated testing requires you to write separate execution software scripts for each test case, codeless testing removes the need for writing code almost completely.

What is codeless testing? 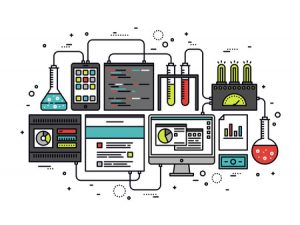 Codeless automation testing is at is it sounds—it is automation testing without the codes. While a user will have to write some coding, it is a very limited amount, and far less than you would when using traditional automated solutions. The point of removing the need for codes is to make automated testing quicker, easier, and far more user-friendly.

How does it work?

You may be wondering, without any codes, how does it test your application? There are multiple ways, but there are two approaches that are used most often. The first involves recording manual tests and playing them back; the second creates a test flow diagram that the automation can follow to run the test. The former is the most widely used as all is required is a manual test and a recording tool that can create the required scripts for the automated test.

The benefits of codeless testing

Simply put, codeless testing is easier than other types of automated testing. With traditional types, you still have to write the scripts and create a testing environment, both of which require a lot of time and resources to accomplish. Codeless testing, meanwhile, removes the need for these steps, ultimately freeing up your staff and getting your product out on the market in less time.

For further questions on codeless automation testing or our other automated testing solutions, contact Beta Breakers today at 415-878-2990.