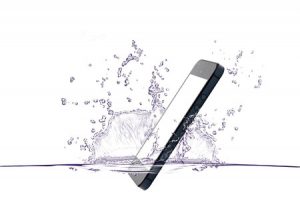 Following the fiery debacle surrounding the Galaxy Note 7, Samsung has a lot riding on the success of its latest phablet, the Note 8. With the exception of its high price point and a few minor technical quibbles, reviews of the phone have generally been very favorable. With a stunning AMOLED display, dual-lens camera and USB-C connectivity, the Note 8 is one of the most full-featured phones on the market.

But how will it stand up to regular wear and tear?

According to popular YouTuber JerryRigEverything, the Note 8 is durable enough to withstand some serious abuse. Jerry’s torture tests are well-respected among smartphone enthusiasts, and Samsung fans should be pretty happy with the results of the Note 8 test.

Thanks to its Gorilla Glass 5 enclosure, the Note 8 breezed through the scratch test. The only part of the front and back that was vulnerable to scratches was the fingerprint scanner, which still functioned properly even after being scraped up with a razor blade.

The Note 8 performed similarly well in the bend test, which evaluates the phone’s overall build quality. The screen was even able to survive nearly 10 seconds under a direct flame before being permanently damaged. With a water resistance rating of IP68, the Note 8 is also slightly more waterproof than its chief competitor, the iPhone 7.

To see the complete results of the test, you can watch JerryRigEverything put the Note 8 through its paces in the video below.