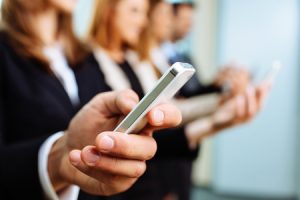 For startups and small businesses with limited resources, developing a mobile application for multiple platforms simultaneously can be downright impossible. That’s why small development companies typically release their applications on one platform first, and then release them on others later. Thanks to a new open-source toolkit from Google, however, it soon could become much easier for developers of all sizes to develop apps for multiple platforms at once.

Google’s developer toolkit is called Flutter, and it’s designed to make it easy for developers to build native apps in iOS and Android. It’s also compatible with Google’s upcoming Fuchsia OS, which is rumored to be the successor to both Android and Chrome OS.

Then, in February, Google announced the toolkit’s beta release at the GSMA Mobile World Congress in Barcelona. Flutter is still in its infancy, but Google has already made significant improvements to the dev toolkit, such as adding support for the iPhone X and improving integration with the company’s own Dart 2 programming language.

Despite the fact that it’s still in beta, Flutter has reportedly already been used in a number of apps that are available in Google’s Play store and Apple’s App Store. The most notable example is the official app of the popular Hamilton Broadway musical.

If you’re interested in trying out the Flutter beta for yourself, you can check out Google’s Getting Started guide here. To learn more about how the QA team at Beta Breakers can help you release feature-rich, bug-free apps on iOS, Android and other popular platforms, give us a call or contact us online today to speak with a representative.