In the past few years, cable TV has gro 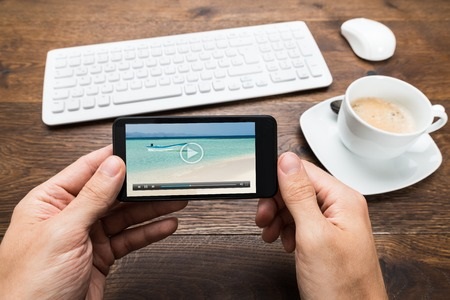 As a result, services such as Netflix, Hulu, Crackle, and so forth have become increasingly popular for people that want to watch cable TV but aren’t willing, or don’t have the cash that it takes.

Hulu will soon be offering the option to download shows similar to what Netflix offered several months ago. The advantage to being able to download a show is that if you are traveling or have limited data, you can watch the show without needing Wi-Fi in order to do so. Although Hulu will be limited on what shows they are licensed to offer as a download, many shows still will be up for download. However, Hulu is expanding viewing options well beyond downloadable shows to outshine competitors.

Hulu has also stepped up their streaming game and is going to be offering live TV services soon.

As of right now, the live TV option is still in the beta phase. The initial batch of beta testers will be limited to just 100 people and the version being tested is very “early.” Sources have said that it will likely go through tremendous changes before being launched to the public.

A landing page now exists where users can sign up to beta test the live TV option.

In order to try the beta service, users have to own an Apple, iPhone or iPad, Apple TV, Xbox One, or an Android device.

The CEO of Hulu, Mike Hopkins mentioned that the service will cost under $40 and that the company had already secured a distribution deal with CBS. The biggest competitor of Hulu, DirecTV, had not yet been able to do so which has put Hulu one step ahead of them.

Although it’s not clear what the live service will exactly offer yet, many people believe that the experience will be heavily personal and customized to the specific user.

The service is expected to include mobile alerts for sports, recording options for later viewing, a cloud DVR feature, and more.