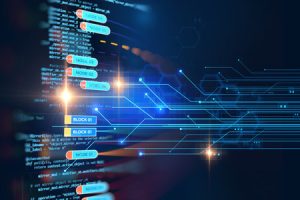 The encrypted peer-to-peer data management technology that has facilitated the growth of cryptocurrencies like Bitcoin may soon power IBM’s application testing program as well. On Tuesday April 3, the U.S. Patent and Trademark Office published the company’s patent application which outlines “a blockchain test configuration” designed to “provide a simple and secure infrastructure for testing applications.”

This system would allow IBM to distribute testing tasks to “miners” who would be reimbursed with Bitcoin or other cryptocurrencies upon completing their tasks.

By outsourcing testing tasks to cryptocurrency miners, IBM could significantly reduce the costs associated with its current cloud-based testing system. In addition to allocating testing tasks, the blockchain system could also be used to receive and record the results of those tests in a secure, distributed database.

Ultimately, IBM hopes to develop a self-contained “apparatus” that would include a transmitter, receiver and processor to manage its blockchain-based testing system. The transmitter would send test requests through a network of nodes, the receiver would receive the results of those tests and the processor would record the results in the blockchain.

IBM could effectively automate a huge portion of its application testing infrastructure with this apparatus.

It’s not clear when the company plans to launch the system, but the original patent application was filed about a year and a half ago in December 2016. It’s possible that IBM is taking its time due to lingering uncertainty about the regulatory landscape surrounding cryptocurrency exchanges. If and when the blockchain-based testing system becomes a reality, it could serve as a model for other software development companies in the future.