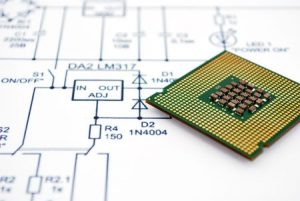 We’ve added a bit of new hardware to our test lab inventory, as we often do.

First off is an LG K3 phone running Android 6.0.1, remarkable mainly for its small 4.5” screen and accompanying low resolution display (854×480).

This also showcases one of the features of our test labs – we often receive requests for testing on hardware that we do not have, and in many cases we are able and willing to accommodate these requests. In fact, it’s one of the methods that we use to drive hardware acquisitions, and often leads to a greater device diversity than we’d obtain by making purchases based just on popularity (although we certainly do that too).

There are certainly some limits on what we’re willing to purchase on an as-needed basis, but we have a remarkably good record of being able to meet specific requests for hardware testing – we don’t have to say ‘no’ very often.

We also just finished building our first new AMD-based system in a while – a Ryzen-7 1700 CPU with 16 GB physical RAM and an AMD RX-580 video card.

We’re actually kind of excited about the Ryzen CPU – early benchmarks for them have been interesting, and it would be nice to see AMD have more of a presence in the desktop market again. Maybe we’ll run some of our own benchmarks and post them; check back later if you are interested.