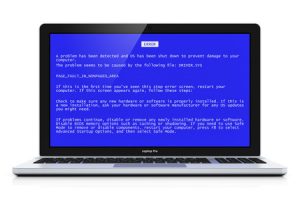 Software testing is an investment that can save companies valuable time and money in the long run. In some cases, however, businesses try to cut corners by rushing products to market that haven’t been adequately tested for bugs, compatibility issues and security flaws. More often than not, these short-sighted decisions come back to haunt them.

In fact, according to a recent report published by Austrian software testing firm Tricentis, software failures were responsible for an estimated $1.7 trillion in financial losses in 2017. Furthermore, software failures in 2017 affected more than 3 billion people, and caused a cumulative total of 268 years of downtime.

These findings were based on an analysis of more than 600 software failures from 314 different organizations.

The report found that retail and consumer software was the most prone to failure, while businesses in the services and utilities industries had the lowest incidence of software failures. Software failures in the public services and healthcare sector were down from 2016, in spite of a number of high-profile security breaches that affected hospitals and clinics throughout the country. More than half of the software failures analyzed in the study were caused by bugs, while another 20 percent were caused by security vulnerabilities.

With these figures in mind, it’s clear that thorough software testing protocols are more important than ever to businesses’ bottom lines. To learn more about how Beta Breakers can help you prevent costly bugs, compatibility issues and more, give us a call or contact us online today.