From mobile games to console games, over 164 million adults in the U.S. are playing some form of video games. With the popularity of video games rising, video game testing has become ever more important to ensure these games are near flawless from launch. But what kinds of quality assurance tests are involved in video game testing? Read on to learn more: 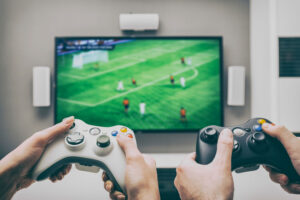 Functionality testing finds various bugs in a game that would hurt how the game functions as well as its UX. It determines whether the game is working according to its specifications, and if there are any underlying issues for gameplay, graphics, audio-visuals, and more.

Back in the day, video games used to work on one platform and that was it. But now, you can design your games to work across multiple devices and platforms, whether it be on iOS, Android, PlayStation, Nintendo, or Xbox. Compatibility testing ensures that your video game will work seamlessly across these platforms.

In the 1990s and early 2000s, games would be released onto the market and no further changes would be made to them. Now, however, games can receive frequent updates and DLCS (downloadable content) from developers even after an individual has bought the game. When these updates are sent out, regression testing checks to make sure that those updates won’t break other components in the game.

Finally, there’s ad hoc testing. This is an informal test where there are no standard techniques or steps involved. Testers use error guessing to determine where an error might pop up. In video game testing, ad hoc testing is used to find defects in a game that standard testing measures might miss.

Beta Breakers can help you test your video game to ensure it’s bug-free on launch. To learn more, contact us today.