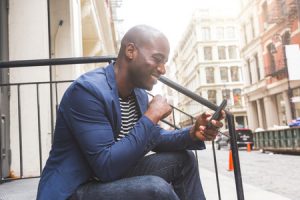 After expanding its character count limit to 280, Twitter is beta testing another new feature in response to emerging patterns of user behavior. Recently, the company confirmed that users will soon be able to publish strings of connected texts with a “Tweet All” button embedded in the app’s UI. Currently, users must manually compose these “tweetstorms” and publish them one at a time.

This change might seem contrary to Twitter’s characteristic penchant for brevity, but it’s not the first time the company has updated its platform in response to user trends. In fact, Twitter’s hashtag and @reply functions were both implemented to accommodate user behaviors that arose organically during the platform’s evolution.

The new tweetstorm feature has reportedly been in a closed testing phase on both iOS and Android for weeks.

Unsurprisingly, the announcement of the “Tweet All” button has generated a fair amount of controversy among Twitter’s user base. While some of the platform’s more long-winded users have welcomed the change, others have argued that it will cause excessive clutter in their timelines. The fact remains, however, that whether or not Twitter implements an automated tweetstorm feature, many users will continue to publish long chains of connected tweets on their own.

For social media platforms like Twitter, success depends on their ability to effectively adapt to changing behavior trends.  Although these updates almost always invite controversy, they can also allow app developers to avoid stagnation and stay one step ahead of the competition. It’s not always easy to predict these changes, but it’s a safe bet that the Twitter of five years from now will be measurably better than the platform’s current incarnation.