APIs, or Application Programming Interfaces, are the glue that hold everything together. More specifically, they’re the service layer that sits between the data layer and presentation (UI) layer in any software application. Whereas UI testing focuses on the look and feel of your application, API testing is all about the data responses, security, performance, and reliability of your application. 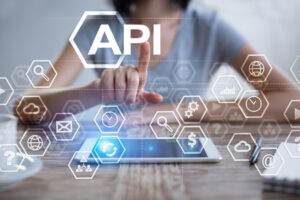 Once the logic is designed for the API, the actual testing can be done soon after. You don’t have to wait for other teams to complete their work. Instead, test cases can be done in isolation and will be ready to be built soon.

Thanks to how quickly you can deploy API tests and how soon they’re completed, you can cover a wide range of tests in less time. In that way, you’ll find more bugs in less time that you would with traditional testing methodologies.

API changes are small and infrequent

A website or app’s UI is redesigned almost constantly. This means that you have to test almost constantly as well. However, APIs are updated infrequently, and these changes are often small. As a result, API tests can be much more controlled and infrequent.

If an API test fails, most engineers will know why it failed and where the defect can be found. As such, the time to resolution is much shorter than with other testing methods. You don’t have to sort through different builds, integrations, or team members to find the root cause.