Supporting a variety of browsers and platforms, Selenium is one of the most popular open-source automation frameworks. It’s an extremely capable platform, but just as with anything, it is best suited for particular types of testing. Read on to learn more: 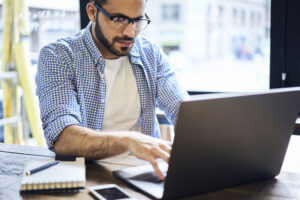 The short answer is that Selenium is used for automated web app testing. In other words, the primary use case for Selenium is End to End testing of desktop websites. Selenium lays the groundwork for testing mobile websites and native mobile apps, but that is a separate tool known as Appium. Selenium, ideally, is used for automated testing – running scripts repeatedly with scale and without a human driving them.  Manual tests are conducted on a different platform.

However, Selenium can be used for other types of testing that fall under the automated web app testing umbrella. These include the following:

Why Use Selenium Testing

There are other automated frameworks out there, so why should you use Selenium? The biggest reason is that it’s an open-source platform. This means that Selenium is 100% free to use and completely portable, thus reducing the overall cost of testing your web application.

Nevertheless, there are also other key benefits that set Selenium apart from the rest. These include the following: