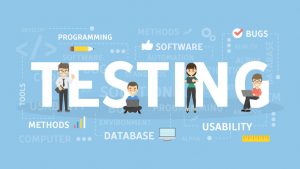 White box testing, also known as clear box testing or code base testing, tests the internal structure of your application. In other words, a tester will go through an application’s code line by line to check for any errors in design or logic.

Black box testing does not trouble itself with the internal workings of an application. Instead, it is concerned with the functionality of said application. The internal structure, or the code, is not known, so a black box test will focus on the output and inputs and the overall behavior of the software.

Finally, there is gray box testing. This is not as commonly used as white box or black box testing, but it is nevertheless an important software testing method. It is seen as a combination of white box and black box testing where there is a partial understanding of the internal structure (the code) of a particular software. As such, gray box texting can find defects in the code as well as defects in functionality.

To learn more about software testing methods and how they can help your application, contact Beta Breakers today either online or by phone at 415-878-2990.