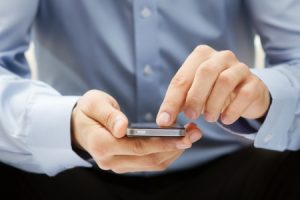 In February 2015, Apple announced that it would begin offering public beta tests for future versions of its mobile operating system in response to consumer complaints about widespread quality control issues in iOS 8. When iOS 8.0.1 launched in late 2014, it came with a serious bug that broke the Touch ID feature in iPhones. Many users experienced wireless connectivity problems on mobile networks following the release as well.

Now, just a few years later, Apple reports that it has over 4 million people participating in its public beta programs.

“In June, we hosted an extremely successful developers conference that previewed many major advances coming this fall to our four operating systems: iOS, macOS, watchOS and tvOS,” said Apple CEO Tim Cook during an investor conference call. “Developer and customer reaction has been very positive and we have over four million users participating in our new OS beta programs.”

But even with its legions of beta testers, Apple has continued to release software updates that come loaded with frustrating, and occasionally dangerous, bugs. This has left some industry analysts to wonder if crowdsourcing the company’s beta testing duties is really an effective solution to their quality control issues. Rather than submitting useful feedback to Apple’s software developers, many participants in the public beta programs may simply be hoping to get a sneak-preview of their operating systems’ newest features. Hosting public betas is certainly a savvy PR move, but ordinary users can’t reasonably be expected to eradicate bugs in Apple’s software for them.

At Beta Breakers, our dedicated team of software QA professionals has the necessary know-how and experience to conduct thorough, effective beta tests for our clients. These days, we’re using powerful test automation tools like Appium and Selenium to make our testing operations more flexible and efficient than ever. To learn more, feel free to give us a call or contact us online today!