The latest version of Apple’s mobile operation system, iOS 10, was released to the public in early September. Many Apple users eagerly downloaded the latest update, aweing at the option to send a confetti-filled message. Other users hesitated to download iOS 10, gawking that the slide-to-open feature did not survive the latest update. Whether you are a super fan of iOS 10 or you still have reservations, it’s beneficial for all Apple users to recognize the latest changes.

Messaging changed tremendously after the iOS 10 update and it has been redesigned and revamped.  If you have a text message open with someone else, a picture of that person will be in a bubble at the top of the screen as long as picture ID has been set for that contact. To the left of where you typically would type a message, you can now easily swipe to photos, cameras, and memes. If you send someone a link through text, you and that person will now see the video or photo associated with it making links look less like spam. You can also send confetti with messages, send super-sized emoticons, handwrite a text message, and much more. 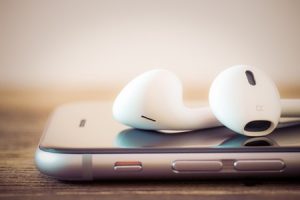 music display is much bolder with brighter graphics and larger features.  The “Now Playing” screen is more muted with just the album cover, the song title, and artist displayed. Music is now divided into sections such as library, radio, browse, and search options at the bottom of the screen, making it easier to search for specific things. A large “library” option appears at the top when you open the music application, giving easy access to artists, albums, and song options.

If you have switched over to iOS 10, you likely noticed that the lock screen display is much different. You no longer swipe to the right to open the phone, something that will take a lot of getting used to for Apple users. You use either your fingerprint or double tap the home button to unlock the phone. You can also slide to the right for immediate access to widgets, making apps that you use frequently more accessible. “Rich notifications” now allow the lock screen to show live info such as calendar events, messages, and more. You can also set your phone to the “rise to wake” option which will display the lock screen when the phone is lifted up without pressing the home button.

Many people use their iPhone as their primary camera. Apple has made the camera a focus throughout the years and that came through on the iOS 10 update. Facial recognition is now available through the camera option on iOS 10 which sorts familiar faces that frequently appear in your pictures into an individual album. Memories are now an option as well which organizes photos based on location, people, dates, and scenery. It takes those photos and organizes them into a short slideshow, allowing you to look back on all of your pictures from a specific event at one time.

This list highlights just a few features of the iOS 10 update. Many other things changed with this update including maps, Siri, and security precautions. Although the update did come with several issues, most Apple users seem to be on board with the updates and are already eager for the next one.