Whether you’re testing a website or a mobile app, two quality assurance tests you will likely administer are functionality tests and regression tests. Both have similar functions, but they also have distinct purposes that set them apart. Read on to learn more. 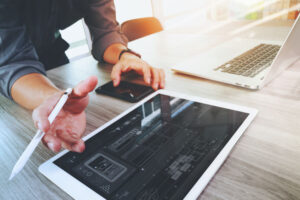 One of the biggest differences between functionality and regression testing is the scope. Functional tests have a limited scope, only focusing on a specific feature on your website or app. Regression tests, meanwhile, have a much larger scope. They’re not feature-specific like functional tests. They are usually used after a bug has been fixed or a feature changed to ensure everything is working in proper order.

We alluded to this in the previous paragraph, but another big difference between these two tests is their main purpose. Functional tests are used to see if a specific feature is working as it should. If the test comes back to show that there is a bug, then you would take steps to fix it. Once the bug has been worked on, you would then run a regression test to ensure that the problem is truly fixed. To put it simply, functional tests find the original problem and then regression tests check to see if that original problem has been fixed.