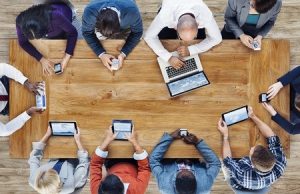 Google released the beta version of the Android Nougat 7.1 to developers with Nexus devices last week and (some of) the results are in.

Android Nougat is a refresh of Google’s operating system. Although it has not been implemented onto every device yet, it’s good to be aware of what changes are coming and learn a little bit about the update in advance. This update should be released in December to the public.

Android Nougat 7.1 will be available on a variety of devices including Google Pixel, Nexus 5x, Nexus 6P, Pixel C, and more. Many updates prior to this one were limited and not available on the majority of devices. Users are grateful that this update will be more accessible.

Overall, people seem pretty impressed with the updates Nougat 7.1 has brought. A lot the updates seem practical and user-friendly. Have any of you had a chance to try this update yet? Let Beta Breakers know what you think.