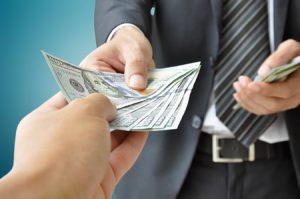 Security flaws and performance issues can put a serious dent in an application’s user base, and few companies understand the value of effective bug fixing better than Google. That’s why Google has invested heavily in its bug bounty program in recent years. This program offers monetary rewards to researchers who identify bugs in Google’s software and report them back to the company’s development team.

So how much can researchers expect to get from one of Google’s bug bounties?

Rewards typically range from about $500 all the way to $100,000. Last year, Google’s largest award of $112,500 went to a researcher who found a major security exploit in the company’s Pixel phone.  Google paid out nearly $3 million in bug bounties in 2017 alone. The company has invested close to $12 million in bug bounties since the program started in 2010.

This might seem like a whole lot of money to pay individuals for finding vulnerabilities in Google’s software, but it pales in comparison to the amount of money the company might lose as a result of a serious security flaw that goes unreported. Google’s success depends on its ability to produce safe, reliable software that its users can trust. If this trust is compromised by a failure to patch a major bug, Google could lose far more than a few million dollars. With this in mind, the company’s generous bug bounty program constitutes a worthwhile investment in the future.

At Beta Breakers, our quality assurance team can identify and eliminate bugs in your software before they have a chance to damage your bottom line. To learn more about any of the software testing services we offer, give us a call or contact us online today.