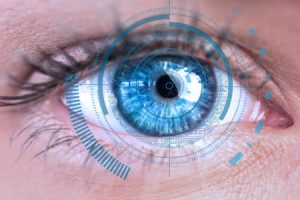 On August 1, Microsoft announced that it was working with Swedish tech company Tobii to introduce an eye tracking feature to Windows 10 that allows users to control their PCs and mobile devices with their eyes, rather than a mouse and keyboard or touchscreen. Then, just a day later Microsoft introduced a beta version of its Eye Control software in an Insider Preview Build of Windows 10.

The Eye Control functionality was designed for users with neurological diseases such as ALS that impair motor functions and make it difficult to control computers through conventional means. In fact, Eye Control was first conceived after Steve Gleason, a former NFL player with ALS, wrote to Microsoft in 2014 challenging the company to develop technologies that would allow him to communicate more easily via a computer.

“I realized pretty quickly after my diagnosis that technology would have to become an extension of myself. Until there is a medical cure for ALS, technology will be that cure,” said Gleason.

With a compatible eye tracker such as the Tobii 4C, Eye Control allows users to operate an onscreen mouse, keyboard and text-to-speech interface simply by directing their gaze at their computer screen. The keyboard also features a robust autosuggest feature called “shape writing” that makes it fast and easy to type out messages at the blink of an eye.

If you happen to be participating in the latest Windows 10 Preview Build and have access to an eye tracking device, you can test the Eye Control feature out today.