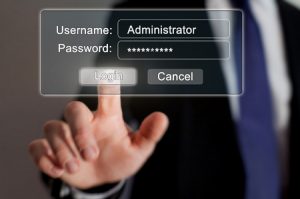 Last year, Google made headlines when it announced that its bug bounty program had paid one researcher more than $100,000 for uncovering a major security exploit in its Pixel phone. Big tech companies are often willing to invest a great deal of money in these bug-prevention initiatives, and now Microsoft has launched a new bug bounty program of its own.

This program, which offers rewards ranging from $500 to $100,000, focuses on security vulnerabilities that can compromise user identities in Microsoft accounts. To be eligible for a reward, researchers must identify a previously unreported bug that allows hackers to take control of a Microsoft or Azure Active Directory account. Each reward amount is dependent on the quality of the report and the severity of the flaw.

“A customer’s digital identity is often the key to accessing services and interacting across the internet,” said the Microsoft Security Response Center team in a recent blog post. “The Microsoft Identity Bounty Program places a premium on security research into this critical technology that powers both consumer and enterprise services.”

At Beta Breakers, our software QA and application testing services are designed to identify performance issues and security vulnerabilities that can otherwise be very costly to developers. Software failures cost companies an estimated $1.7 trillion in financial losses in 2017 alone, and more than half of these failures were caused by bugs. By taking a proactive approach to quality assurance, software developers can protect their reputation and their revenue stream. To learn more about any of the software testing and QA services we offer, give us a call or contact us online today.