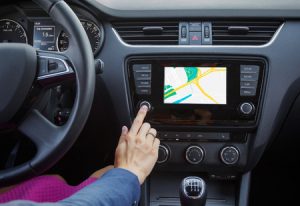 Back in early 2016, Google announced that it would be adding the popular Waze navigation app to Android Auto so that drivers with the infotainment system installed in their cars would be able to take advantage of everything the app had to offer. Unfortunately, Google was unable to roll the app out to Android Auto as quickly as they were hoping.

In late May of this year, however, Waze finally started to send out emails to beta testers, and testing began soon after in June.

It’s unclear what took Google so long to get around to releasing Waze on Android Auto, but now that it’s here, Google is hoping beta testers can help to perfect it. The Waze app on Android Auto does not have all of its features up and running just yet, but Google is asking testers to use Centercode to provide them with feedback on the app so that they can improve its functionality.

Google has gotten into the habit of releasing Android apps like Waze in beta form, and in some cases, they’ve even chosen to leave apps in beta for an extended period of time.

This may not be the most effective way to release an app for companies that don’t have the seemingly endless resources of Google, though. In most cases, it’s advantageous to do beta testing well before releasing an app so that customers can get a polished finished product as soon as the app is launched.

Want to make sure your latest mobile application is ready to go to market? At Beta Breakers, our thorough testing procedures can eliminate bugs, prevent platform compatibility issues and more.

Give us a call today to learn more about how our software quality assurance team can help you release the best possible product for your customers.