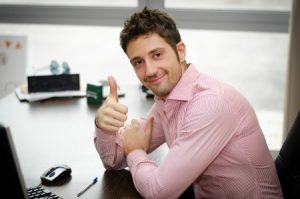 Back in January 2016 Microsoft discontinued support for Internet Explorer 7, 8, 9 and 10; only Internet Explorer 11 was spared and continues to receive updates and patches. And while few developers mourn the passing of the old IE browsers, this does represent a major shift in Microsoft’s previous policy of supporting each IE browser version through the lifecycle of its parent operating system (the OS on which it came preinstalled).

Users of Windows Vista (a small and shrinking group) are directly impacted – Vista has another year before reaching end-of-life, but has been left without a supported browser in the Microsoft ecosystem. Vista users that have not already made the switch should consider moving over to either Google Chrome or Mozilla Firefox browsers.

Applications that have a large user base that relies on legacy browsers have both the onus of continued support for these now-obsolete platforms (at least in the short term) and the opportunity to ‘ween’ users off of these platforms. This can be viewed as not just a good deed, but an opportunity to lower both support and future development costs by eliminating support for platforms that are often problematic to begin with. Of course, this is a decision that can’t be made lightly, but Microsoft has definitely given project managers a big push towards consolidating their support requirements.

While we here at Beta Breakers remain ready and capable to test the now-obsolete versions of Internet Explorer, we certainly encourage developers to take the opportunity to reduce their support base to more modern platforms if at all possible.

Cheers, IE. You won’t be missed.