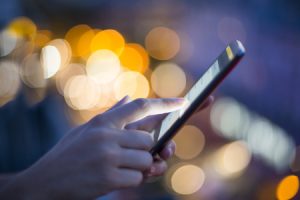 Browser-based web applications have become increasingly popular in the age of responsive web design, but they still lack some of the functionality and polish associated with native apps for Android and iOS. Web apps tend to be relatively light on features, and they often feel like stripped-down versions of native apps that have been modified to run in a browser.

It took a little while for PWAs to get off the ground, but today they are available on both Android and iOS devices. These apps use JavaScript files called service workers to add features like push notifications and background sync that are unavailable in traditional web apps. PWAs can be pinned right to a device’s home screen like native apps, and they can even be used offline thanks to browser support for service workers.

PWAs look and feel like native apps, but you don’t have to go to an app store to find them. Instead, they can be accessed right from a browser. This makes them a particularly attractive option for retailers who want to develop an e-commerce presence that is both highly functional and convenient for shoppers.

At Beta Breakers, we use a powerful open-source tool called Selenium to automate web application tests on all of today’s most popular browsers. Test automation makes it easy to keep your web app up to date, so that you can deliver the best possible product to your users. To learn more about test automation or any of the other software QA services we offer, give us a call or contact us online today.